Doug and Judy Smith! SOLD OUT! 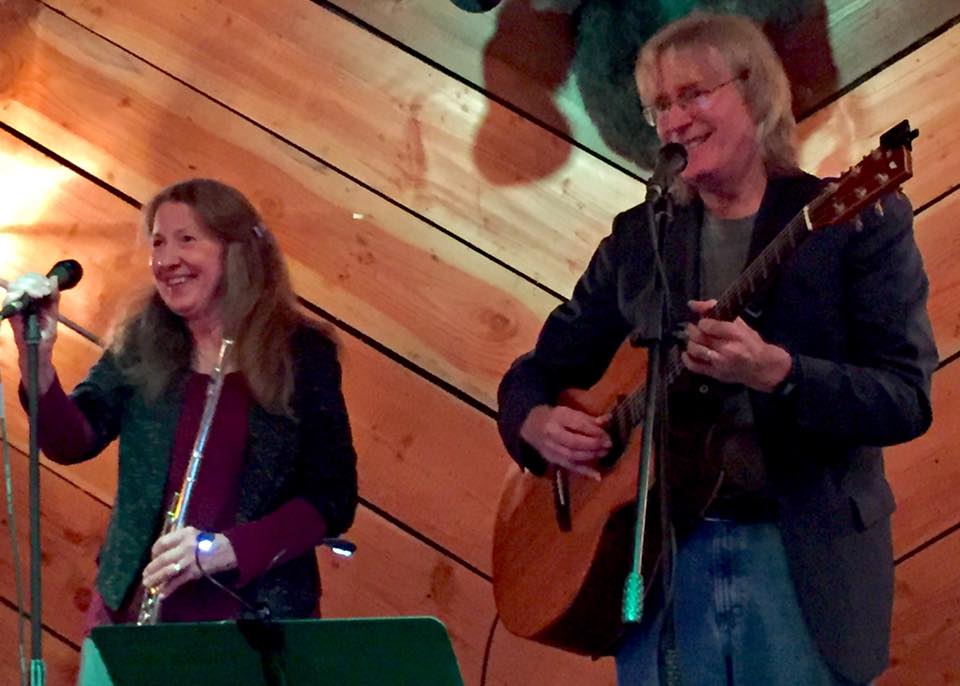 Join us to welcome back Doug and Judy Smith  Say Ciao! This is a limited seating evening, with a dinner buffet included with a cash bar offered. Tickets are $30 per person and are limited to 20 attendees and MUST be pre-purchased via the link below or at Say Ciao with a cash payment. There will be no ticket sales at the door. Doors open at 6:00 – music form 6:30 – 8:30, event ends at 9:00.

Live music at Say Ciao! is back… With limited seating, invite only and ticketed sales with strict social distancing, we are pleased to continue the tradition of live local music!

We have online tickets sales -to purchase your tickets via a credit card use this link!

A link to their music

​Doug began playing in the mid-60’s when he was around 10 years old. His parents wanted him to take piano lessons (as he had learned piano both by ear and teaching himself note-reading), but Doug had developed an interest in the Beatles and was drawn to the guitar instead, so he began lessons from a local music store and continued these lessons for about a year.

At first, Doug’s playing style revolved around strumming on a steel-string guitar. Then one day he saw Chet Atkins with the Boston Pops Orchestra on television. After that he changed his direction to pursue finger-picking. He also began playing nylon-string guitar almost exclusively. During this time Doug taught himself using Frederick Noad’s book “Solo Guitar Playing”. Other musical influences during this time were singer/songwriters such as James Taylor, Harry Chapin, Don McLean and Gordon Lightfoot, as well as progressive rock bands such as Genesis, Yes, Jethro Tull and Gentle Giant. After high school Doug attended Cal State Fullerton where he majored in classical guitar. The formal education in music and composition added to his technique, style, and writing ability.

In the late 70’s Doug heard John Renbourn’s album The Hermit, and once more Doug changed his direction, this time in two ways. First, he switched his focus back to steel-string guitar (which he now plays almost exclusively). Second, he became interested in alternate tunings, and many of his tunes are written using them. Doug also credits other guitarists, such as Alex de Grassi and Michael Hedges, as influencing his use of alternate tunings.

During this time Doug earned a living as a bass and Chapman Stick player in several Southern California rock bands, most notably Dexter (including future film composer Mark Mancina), which in 1986 won Musician Magazine’s Best Unsigned Band in America Contest….the first of many awards for Doug!

In 1989, John Archer of American Gramaphone Records (the home of Mannheim Steamroller) heard a demo tape of Doug and signed him to record. Doug completed two albums with American Gramaphone, Order of Magnitude and Labyrinth. “Renewal” and “A Fine Line”, being two of his most popular compositions, are from these projects. Besides his solo albums with AGR, Doug has contributed to several of Gramaphone’s popular “Dayparts” series: Sunday Morning Coffee, Dinner, Romance, and Sunday Morning Coffee II.

Other Doug Smith releases include A Guitar for Christmas, Another Guitar for Christmas, Guitar Hymnal, Six-String Paradox, and Just for Fun with his talented wife Judy Koch Smith. Doug’s latest CD, Guitar Americana, is comprised of his take on some of his favorite melodies from American history. One review states: “Cowpokes meet Bach….love it!”

​Doug collaborates with other performers as well. He performs regularly with guitar greats Mark Hanson and Terry Robb as the Acoustic Guitar Summit, and sings with the folk group Three Together. In 2015 Doug joined with classical guitarist Andrew Leonard for the CD Guitar Duo which features their arrangement of Chopin’s “Revolutionary Etude”. He has added his sparkling guitar playing to several other artist’s recordings, including playing classical guitar on Paul Chasman’s opus I Hope.

​In February of 2005, Doug and eleven other guitarists from Solid Air Records won a Grammy Award for “Best Pop Instrumental Album” for the tribute CD Henry Mancini – Pink Guitar. Other tribute CDs followed: Cole Porter, Elvis, Lieber & Stoller, and Burt Bacharach. Also, Doug was honored to arrange and play “Feed the Birds” from Mary Poppins on the tribute Poppin’ Guitars; A Tuneful of Sherman. In his review of this CD, film critic Leonard Maltin said: “Every track is a treat, though I must single out Doug Smith’s exceptional performance of ‘Feed the Birds (Tuppence a Bag)’ ”.

​In September 2006, Doug won the prestigious International Fingerstyle Guitar Competition in Winfield, Kansas. This is a tough competition against some of the best players in the world.

​Doug’s music has been heard on radio and TV stations throughout the country, including The Discovery Channel, NPR, TCM, CNN, ESPN, and E!, as well as Martha Stewart and Good Morning America. He has appeared on local and nationally syndicated radio and TV shows, including Oregon ArtBeat, West Coast Live, Echoes and River City Folk. Doug also played guitar on the soundtracks for several movies, including Twister, Moll Flanders, and August Rush.

​Doug Smith is a well-traveled performer, playing at various venues and festivals around the country. His travels have taken him to Taiwan, China, South Korea, and four tours of Japan. He is a popular instructor at guitar and music workshops across the country, including the Swannanoa Gathering, Colorado Roots Music Camp, Puget Sound Guitar Workshop and the Crown Guitar Workshop and Festival in Montana, where he taught alongside Pat Metheny and Dweezil Zappa.

​In 2019, Doug traveled to New York and Chicago to be a member of the ensemble for the Broadway production of August Rush – the Musical.

Doug currently resides in Vancouver, WA (near Portland, OR) where he teaches guitar, writes and performs. The incredible music keeps on coming from this amazing artist ~ Enjoy!