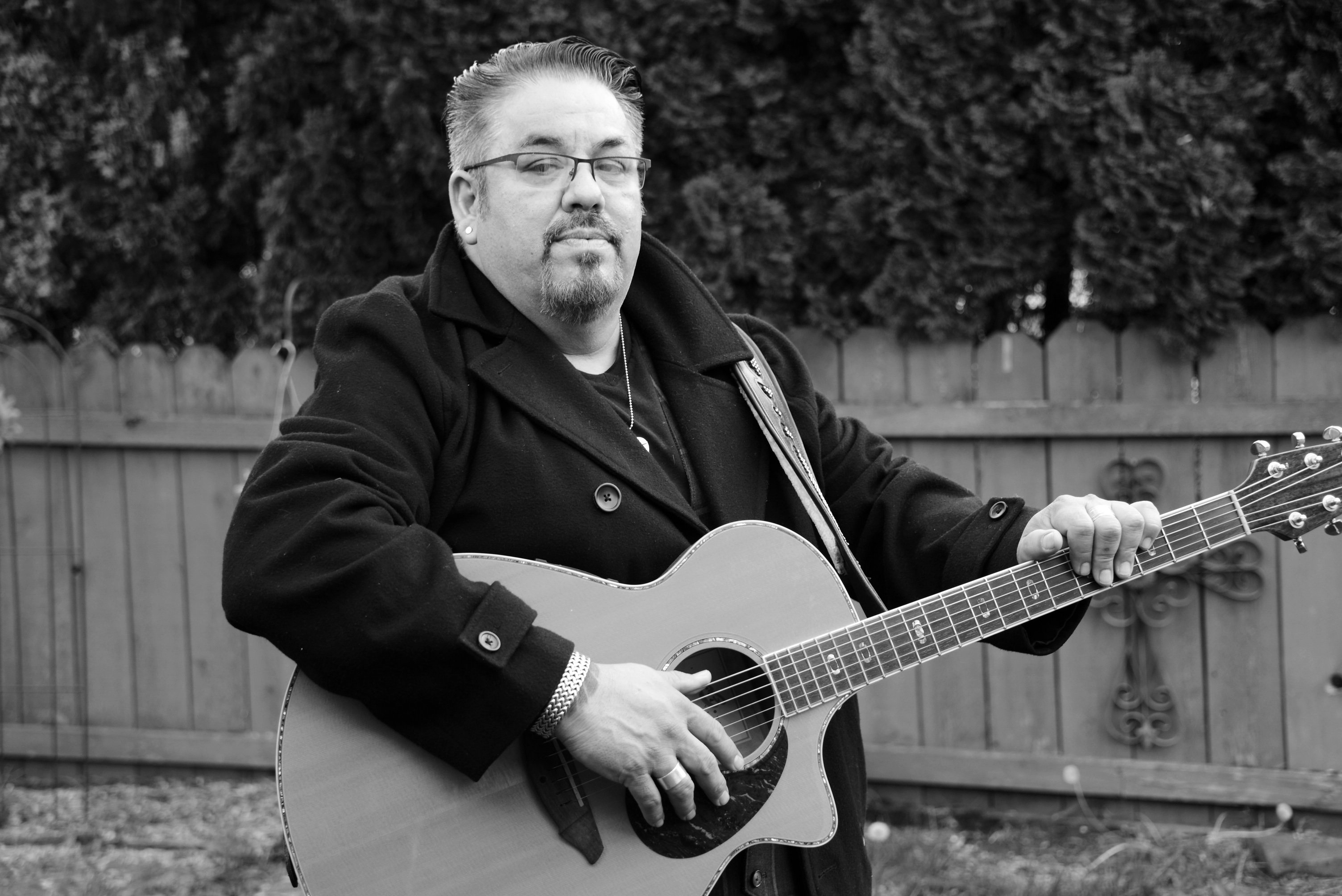 APB is Bad Ass! So refreshing to hear Pro Talent and a great ability to caputre the feelings of each song.” Ginger Caviness, GC Productions

“Intelligent lyrics with great musicianship and a distinctive singer. ere is a lot of feeling and emotion that is portrayed through this music.” – MDR Records

A captivating singer/songwriter, Al Perez is a soulful solo performer as well as

leader of the Al Perez Band. The Al Perez Band includes seven members which have performed together for over a decade in the Northwest. Al has also performed with many local bands all over Hawaii, California, Las Vegas, Mexico, Jamaica, Bahamas, Costa Rica, and Aruba.

Al Perez performs music which has been described as music for everyone from lightrock to R&B – with a singer-songwriter air and just a touch of Latin for avoring.Whether Al is playing a solo or full band festival, corporate event or a club he performs all the fan favorite covers as well as his own original music.

Al has been performing in the Portland music scene since 1997, after relocatingfrom Seattle, Washington. His rst CD (Travlnman) was recorded @S.I. Studio(MDR RECORDS) here in Portland, Oregon, which led to a record deal with “Warrior Records” in Hollywood, California. Al has also received a publishing deal with “New Entity Publishing”.

The Al Perez Band recorded their second CD ”Finally“ which received local andnational play with the songs ”Millennium” and “Under my Skin”. Al’s third CD “Next”was a fan favorite including the tracks “Come and Get It” & “Be with Me”.

Many of Al’s songs have been featured on Portland’s own KINK radio and the band has performed live in the KINK lounge many times. The band has been featured on Channel 6 news and were also interviewed and performed live on KRLL in Bend, Oregon. In 2019 Al was featured in an interview on KXRW FM 99.9 and XRAY FM 107.7 and performed two songs live on the radio. Featured on PRP.FM 99.1 Portland Oregon “2019”. The Band released their rst full length music video “This Far Down” at the Hard Rock Cafe in Las Vegas in the fall of 2018.